The 4 Biggest Risks Of Your Child Owning A Mobile…

Buying a Mobile Phone for a Child for Christmas.

On the face of it, buying a mobile phone for a child for Christmas should be a simple affair, right?
Well, It sort of is, but having supplied ParentShield SIM cards for the past couple of years we know that it's something that can take a bit of organisation to get just right, so we put this guide together in case it's of use to anyone planning to "do it this year". The buying a first mobile phone thing is something that's going to happen. It's just a matter of when.

Woah, so many. It seems like that when you walk into a mobile phone shop, but when they're put into piles, there really are only two types - Feature Phones, and Smart Phones.
Feature Phones

Feature Phones are the basic phones that ( if you're over 40 ) you'll remember as your first mobile phone. Yes, they still exist, and they're absolutely perfect as first mobile phones for younger children. There are fewer dangers, they're cheap so if ( when ) they get lost, mislaid, stolen it's far less painful. They also have batteries that last days and days so they're more likely to be on and listening when you want to call. We're a fan of feature phones. They're the perfect first phone that can, and probably should, be given and left in the bottom of the school bag, even before it becomes that - I Want - Christmas Present.

Just about the rest, and if your child is asking for a phone, it'll be a smart phone they're wanting. The fact that they also make and receive phone calls is almost incidental. Be it an Android or Apple phone, these are nothing less than pocket computers. A top-of-the-line smartphone these days has as much storage and processing power as an average desktop or laptop computer. Anything that can be done on a desktop computer can be done on these devices so it's worthwhile thinking of them as the same.

If our customers are going to have a problem, we know it'll involve access and restrictions somehow. We have a more in-depth Unlocking Guide but here are the basics if you're not familiar with them.

The Phone Lock ( AKA PIN CODE ) The phone lock is the main lock. The Front Door Key of the phone. It's usually a four or six digit number, but could be a swipe pattern, a finger print or voice or face recognition. Without this code it should be impossible to access the phone. We say should, because they're less secure than many people realise.
This code, or set of access credentials really should be set. It is possible to set any phone up not to need this, but without being lockable, all the content, the stored photos, conversations, passwords, phone numbers are all accessible to anyone who picks the phone up. Kids would leave their own heads lying around untidily if they weren't screwed on. This is a lock that the phone user has to know, understand the importance of, and understand how important it is to guard and keep secret. We argue that this is one of the most important lessons that can be learned.

The Network Lock When we tell our customers that ParentShield SIM cards work in any unlocked mobile phone, it's the Network Lock that we're talking about. If you buy a mobile phone with instalment repayments from a mobile phone operator ( or from a phone retailer with a bundled mobile contract ) the phone will quite probably be locked to that network. If you remove the SIM and try and use a SIM card from any other network, the phone just won't connect. This is a firmware setting on the phone, and even after the phone is paid for it'll still be locked. Quite a lot of people provide a hand-me-down phone to their little ones and this is a very common problem. We have put together a pretty comprehensive Unlocking Guide that will point you in the right direction. You will need to know which operator has locked the phone though!

The SIM Lock Enough Locks already? There's more, so there is. Every phone has the ability to apply a lock code or SIM PIN to a SIM card. This PIN secures the SIM card so should the SIM card br taken out and put into another phone the user will need to know the PIN in order to access any of the SIM functions, read its memory or make or receive calls. The SIM PIN, if enabled, will also need to be entered every time the phone is restarted. The biggest problem comes when it's mistaken for the phone lock PIN code and one is entered in stead of the other. Repeatedly trying the wrong password or pin code will permanently lock or 'brick' either the phone or the SIM card. If there is a second most important IT lesson after learning the importance of passwords, it's learning to read and understand the question a device is asking, and to know that getting it wrong can have consequences!

The Parental Lock Told you. This code, PIN or password can usually be set to restrict certain functions or applications and block them from access by the phone user. This could be a block on installing new applications, or a block against using certain functions or capabilities. This is YOUR secret. The lesson about keeping passwords secret applies to everyone. Set the restrictions too tight and the user will be asking for this password every five minutes and it'll only be a matter of time before you shout it across the room. Set the restrictions too loose and the user will simply install alternative apps or rack up a bill, or share content inappropriately. It's going to take a bit of time to become familiar yourself with all the phone functions and get this right. It's certainly not a job for 11:45 pm on Christmas Eve after a few sherries and mince pies. Does anyone still drink sherry?

Read the flipping manual. There's a Manual? Oh, nadgers, they rarely come with manuals. You're reading this - you're good. Don't panic. But the serious point is that we hear all the time from parents that their children have circumvented their best security efforts. And trust us here, you're going to have to be good to beat an 11 year old when it comes to small-finger-size technology.

Set up your portal


Once you have your unlocked mobile phone and your ParentShield SIM it's time to set it up. Read our Portal Guide for lots of guidance. It's all in there so have a read, and experiment before you hand the phone over. Make a few calls, experiment with blocking and unblocking numbers, see how the word alerts work. Don't worry about breaking things, and become familiar with all the things you can do. It's a but peculiar having a mobile phone that is able to block calls based on the time of day or number calling or being called. It's worth spending a bit of time on.

We hope you have a very pleasant holiday. As a small thank you for reading this far we have a few Special Offer vouchers 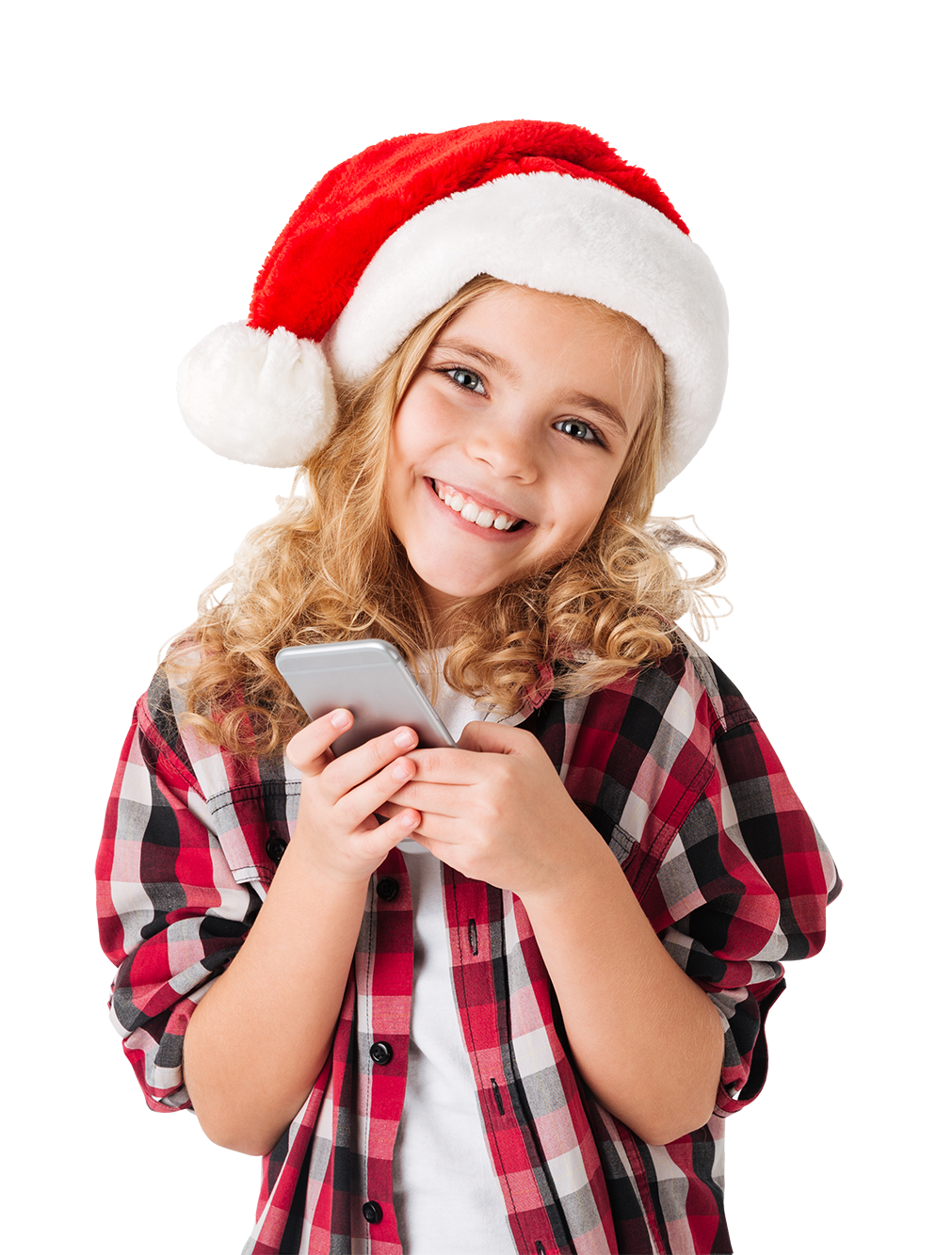 Buying a Mobile Phone for Christmas. ParentShield's guide to getting prepared.